The first Big Brothers group can be traced back to 1948 when a few caring people from the Mt. Juliet Community would get together and try to do their best to help needy families. In those early years, they would purchase coal and food from Greenhill's Market Groceries, or maybe cut wood or share the bounty of their harvests with their neighbors who hit "hard times." At that time only four or five food boxes were delivered each year, and most of those food baskets were made up of food from the pantries and barns of local farmers. 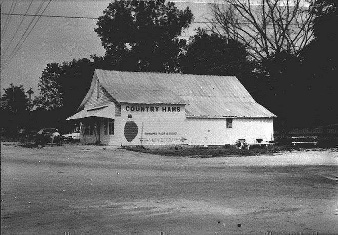 In the mid 1960's Big Brothers became more established and turned themselves into a true organization. Several prominent citizens of that era helped to get Big Brothers started. At this time a lot of the Kiwanis Club members were a part of Big Brothers and were instrumental in its founding. They would collect money through road blocks and donations from individuals, and business leaders would then take the money to the Lebanon, Tennessee Big Brothers chapter. At Christmas, the food boxes were made up in Lebanon and some of the members would pick up as many as were needed and bring them back to Mt. Juliet for delivery.

As the population of West Wilson County grew, so did the need for assistance. Big Brothers moved their operation to the Mt. Juliet Middle School in the early 1980's and the numbers increased to approximately fifty food boxes. During this time, they began to utilize donations of used toys to give to families who couldn't provide toys for their children at Christmas.

In the 1990's, the Christmas toys program was named The Mothers Toy Store and only new toys were collected.

In 2005 the food box program and The Mothers Toy Store were moved to the Mt. Juliet High School (now Mt. Juliet Middle School) and the U.S. Marines began helping with the collection of toys through their Toys For Tots program. The Mt. Juliet High School Students and the MJ ROTC were tapped to help fill and distribute food boxes and sort toys for the Toy Store, and that tradition continues today as they continue to work hand in hand with Big Brothers each year, and start a new chapter in the Big Brothers lineage.

As our part of the county has grown, the need for help has increased exponentially. In 2015, we expect to serve over 300 families through financial support, and over 700 families at Christmas through food and toy distribution. If you would like to donate to our cause, please click the Donate button to your left. Any amount is appreciated.

And if you or someone you know would like to be a member of Big Brothers and help change lives, please call 615-641-0577 or contact us through this web site.

We are a local charity covering West Wilson County, Tennessee, and not affiliated with the organization known as Big Brothers Big Sisters.